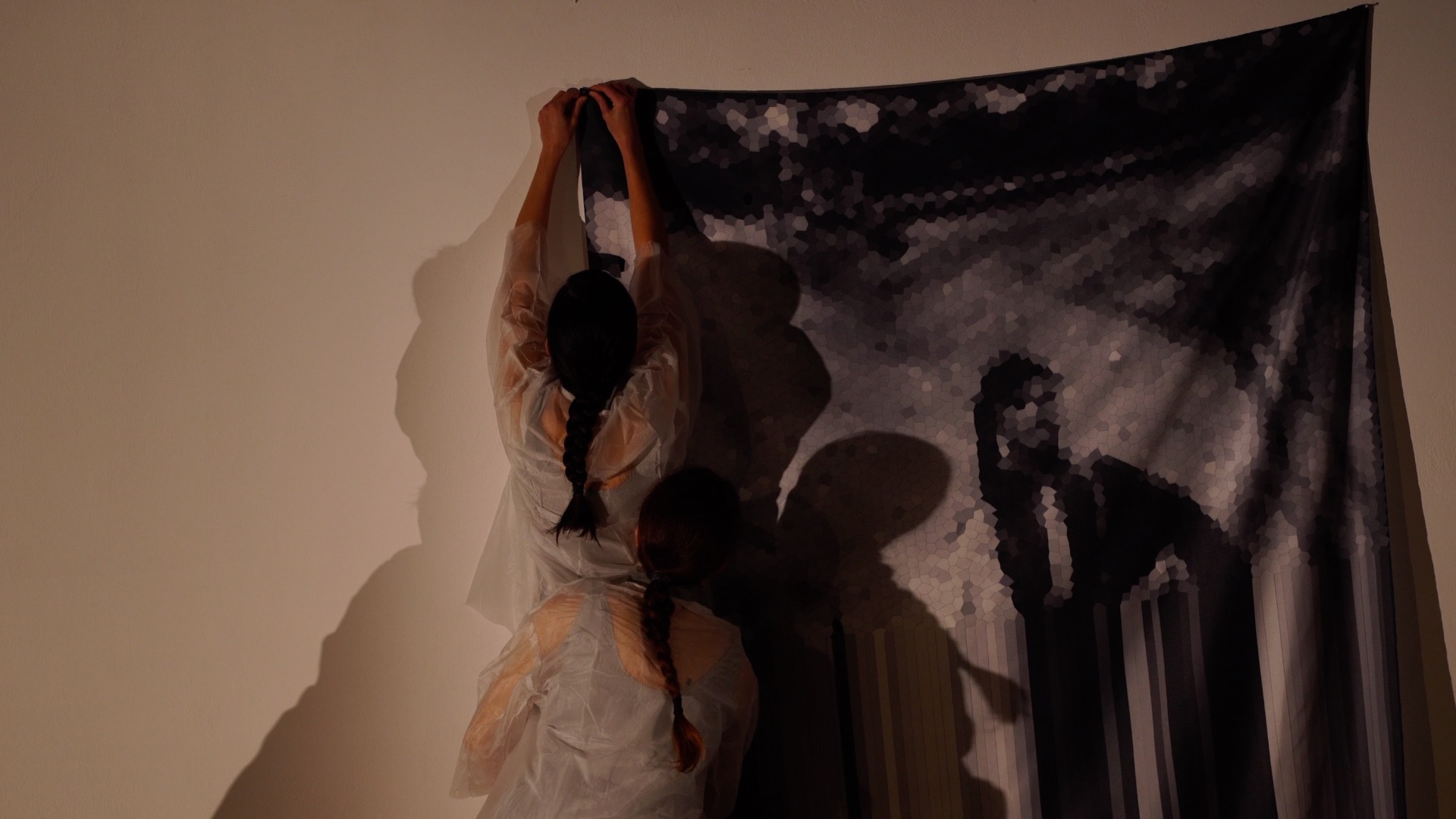 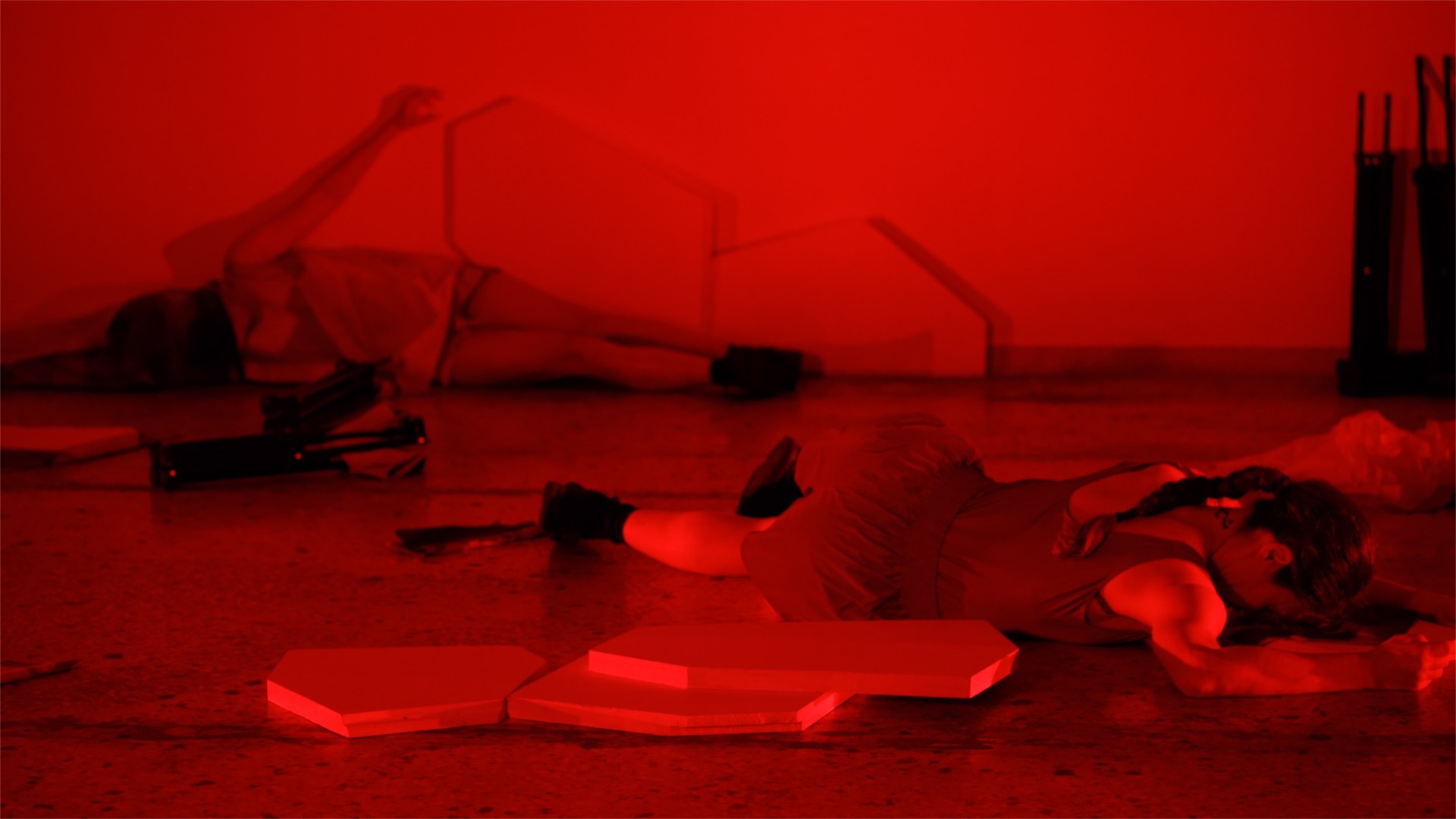 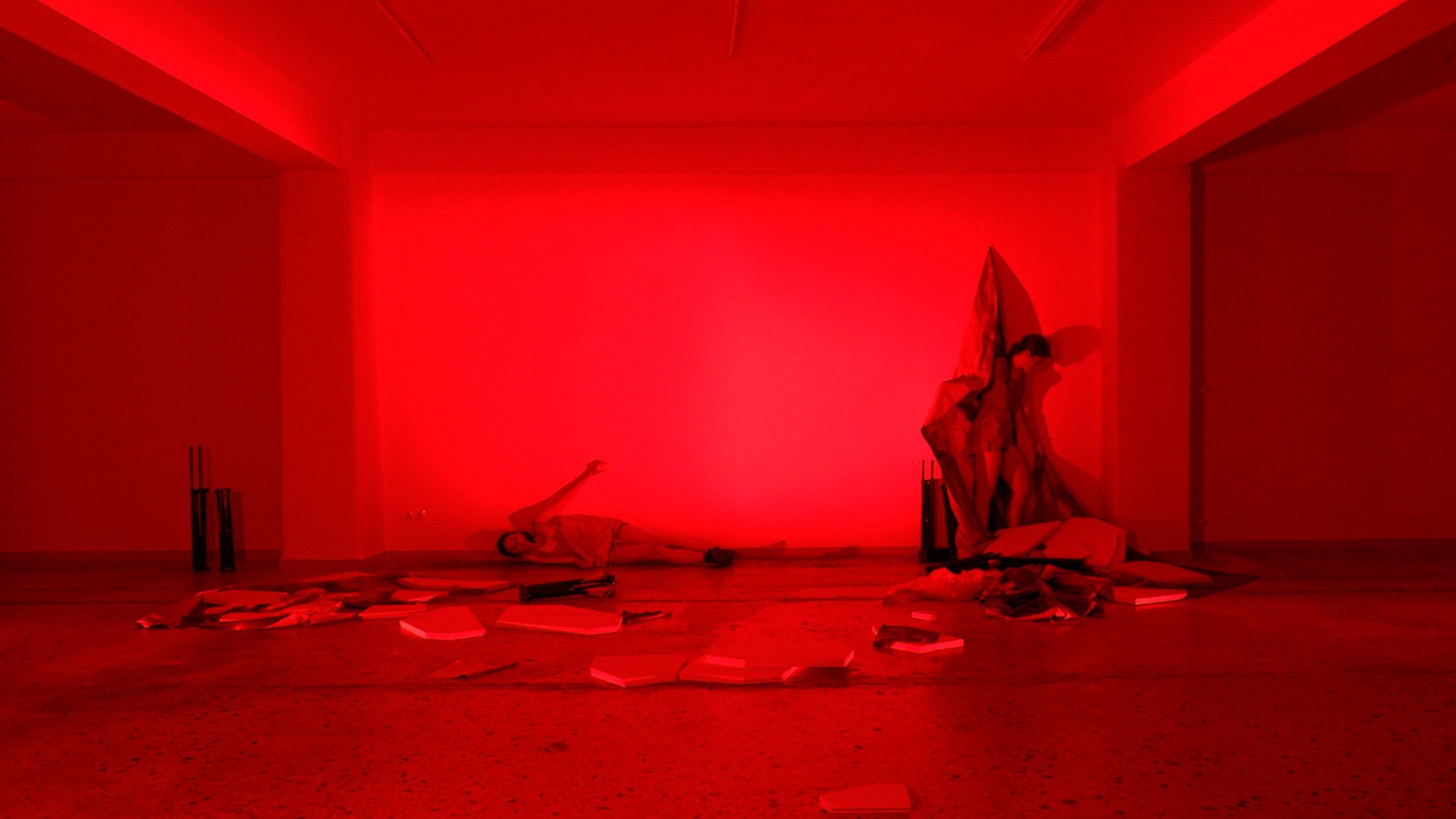 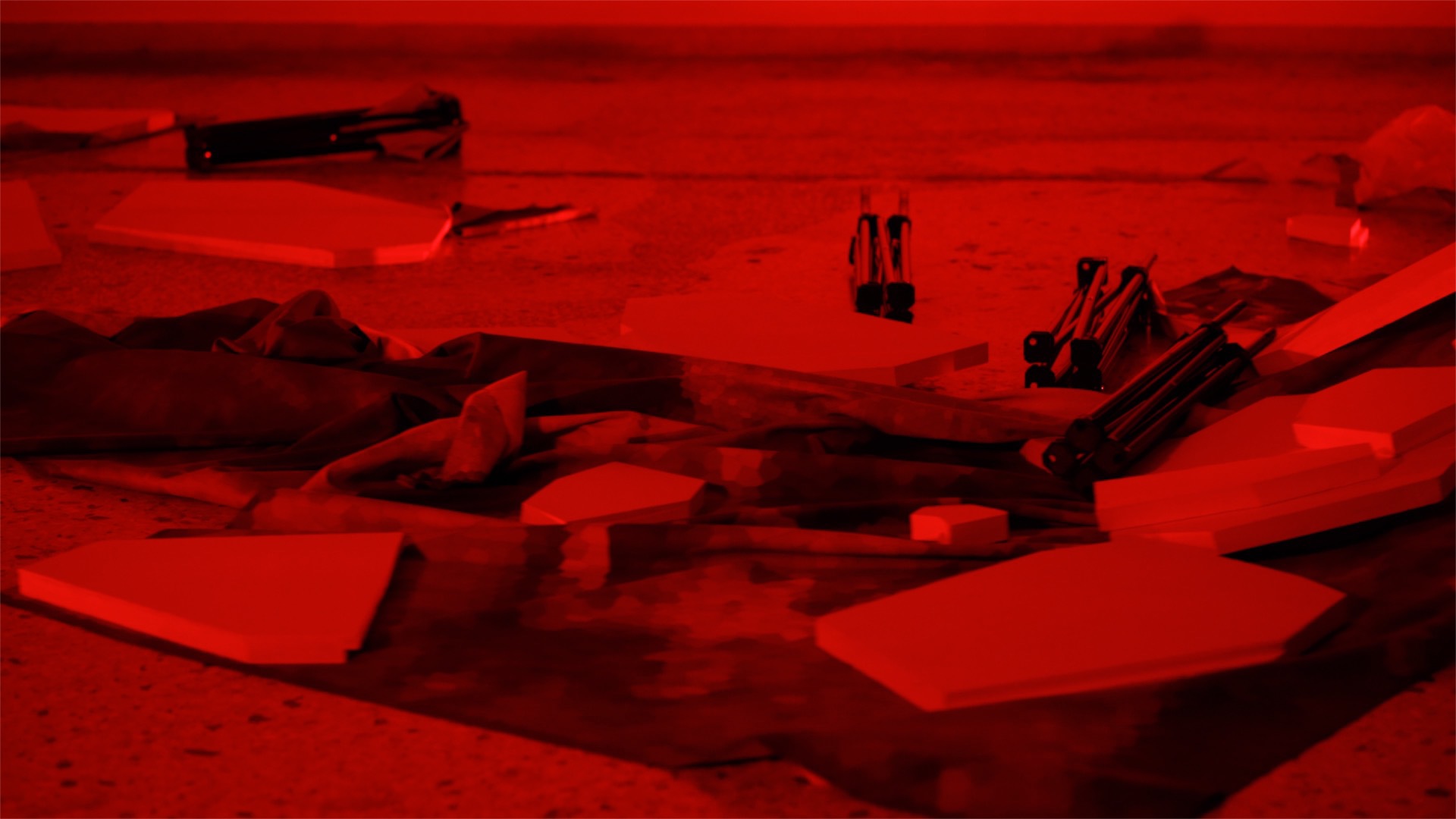 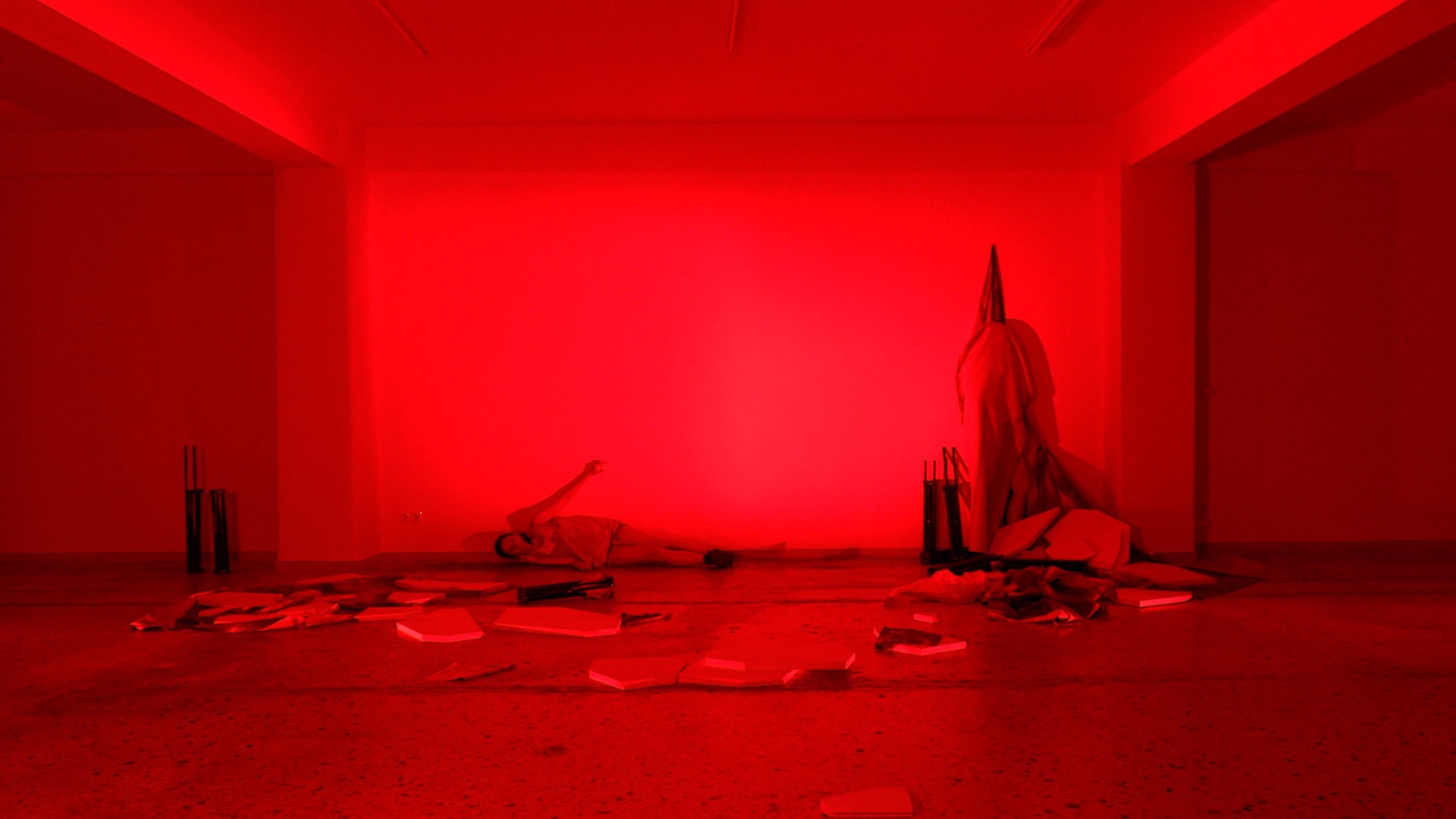 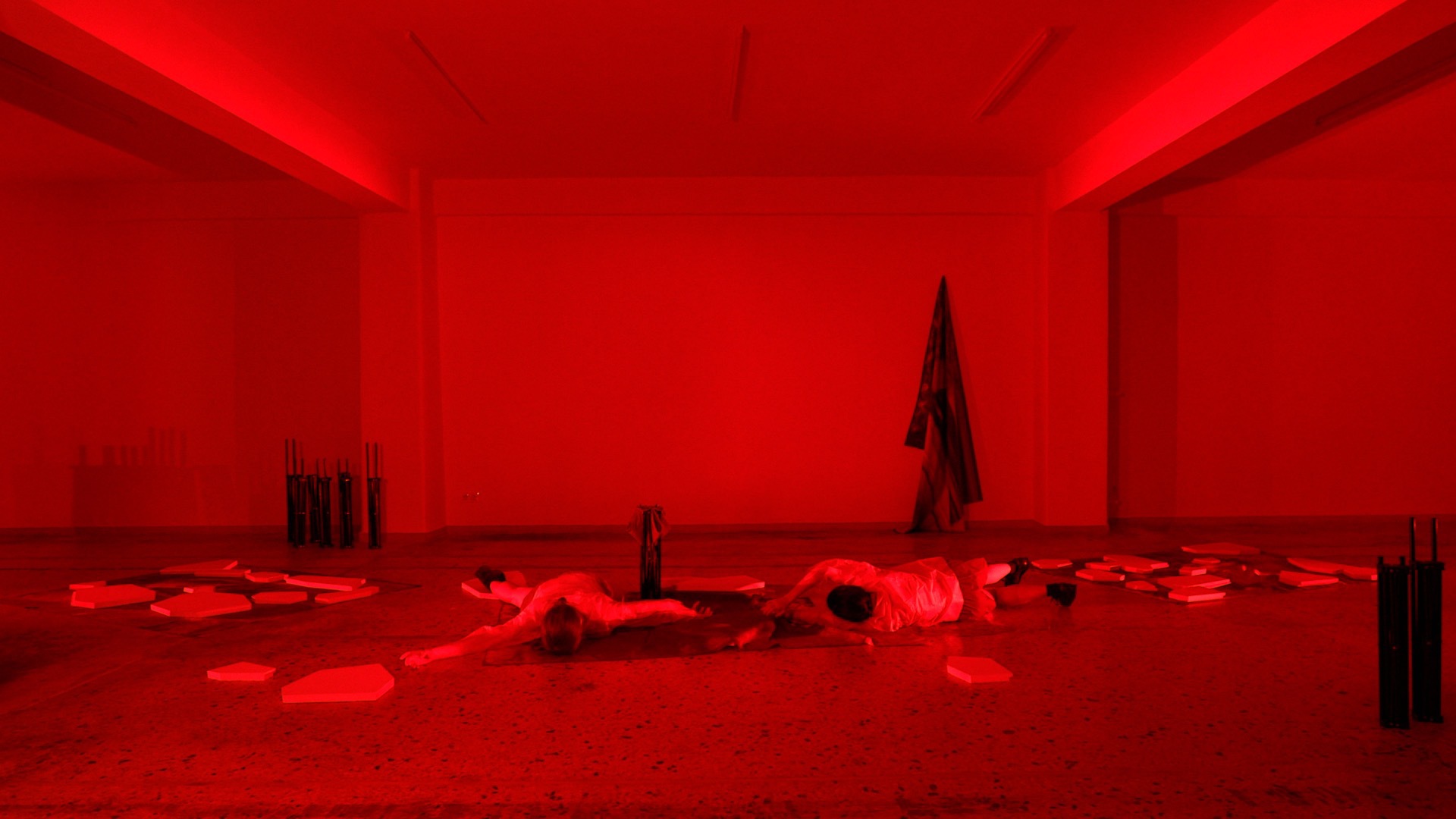 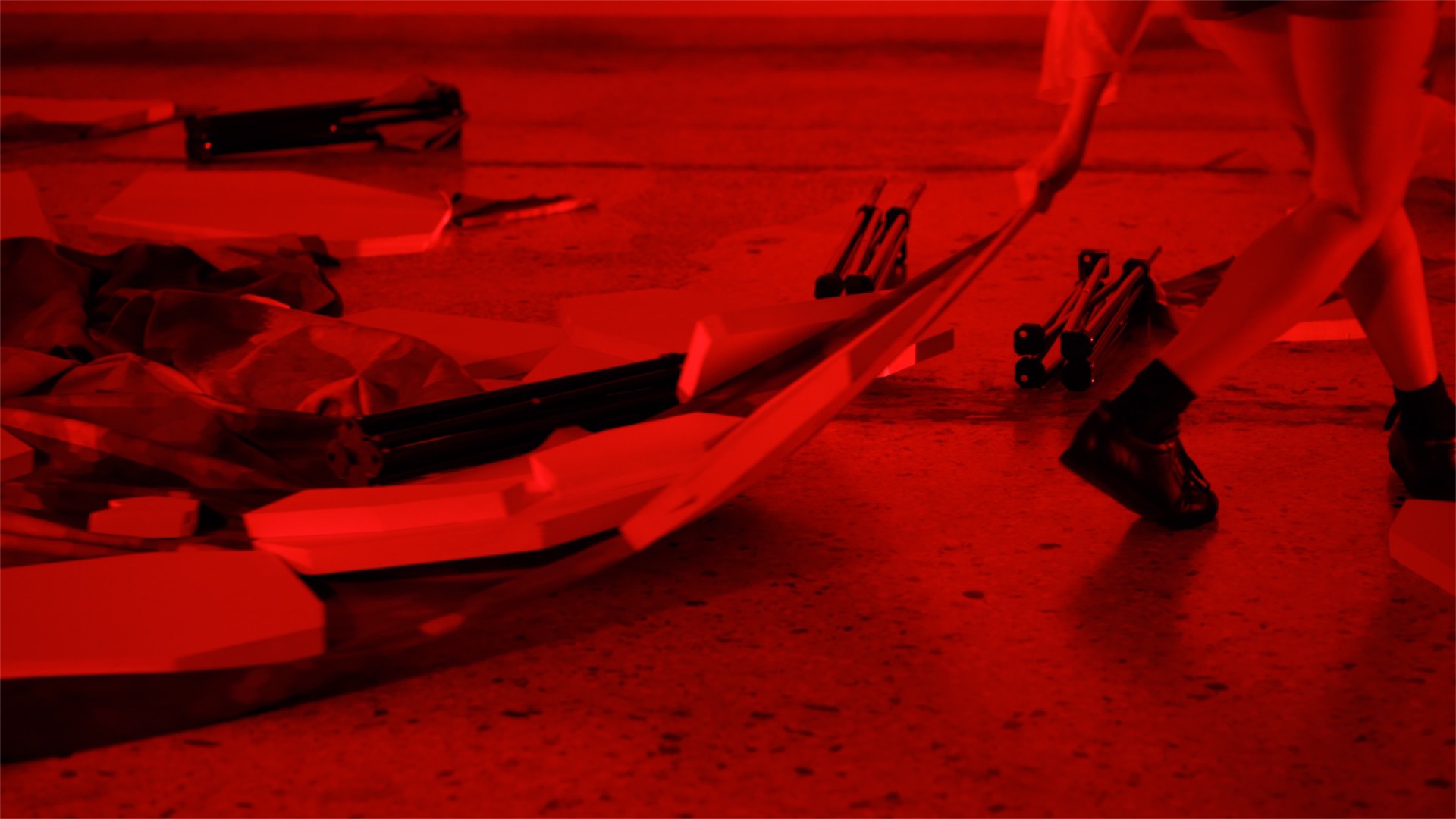 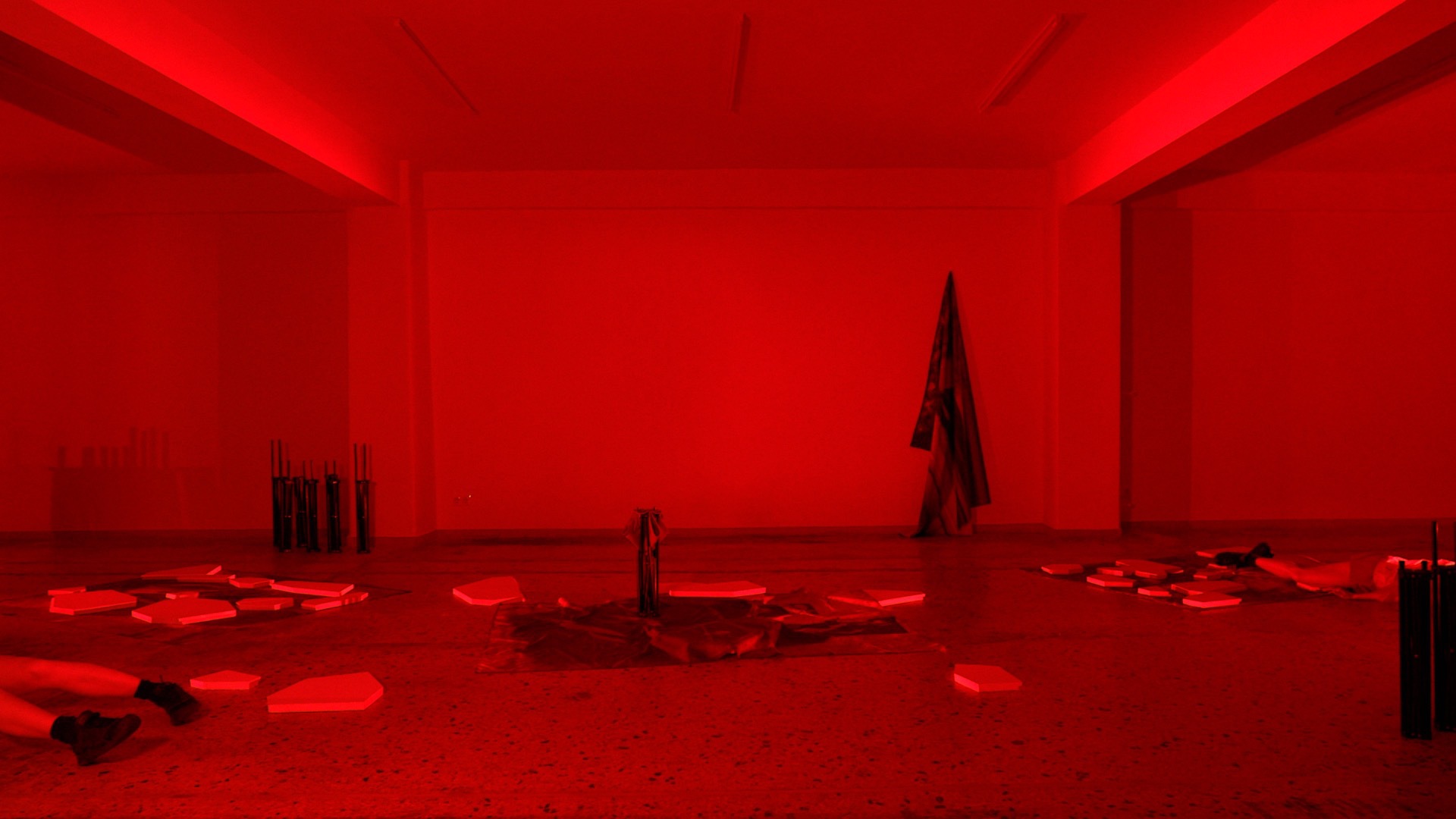 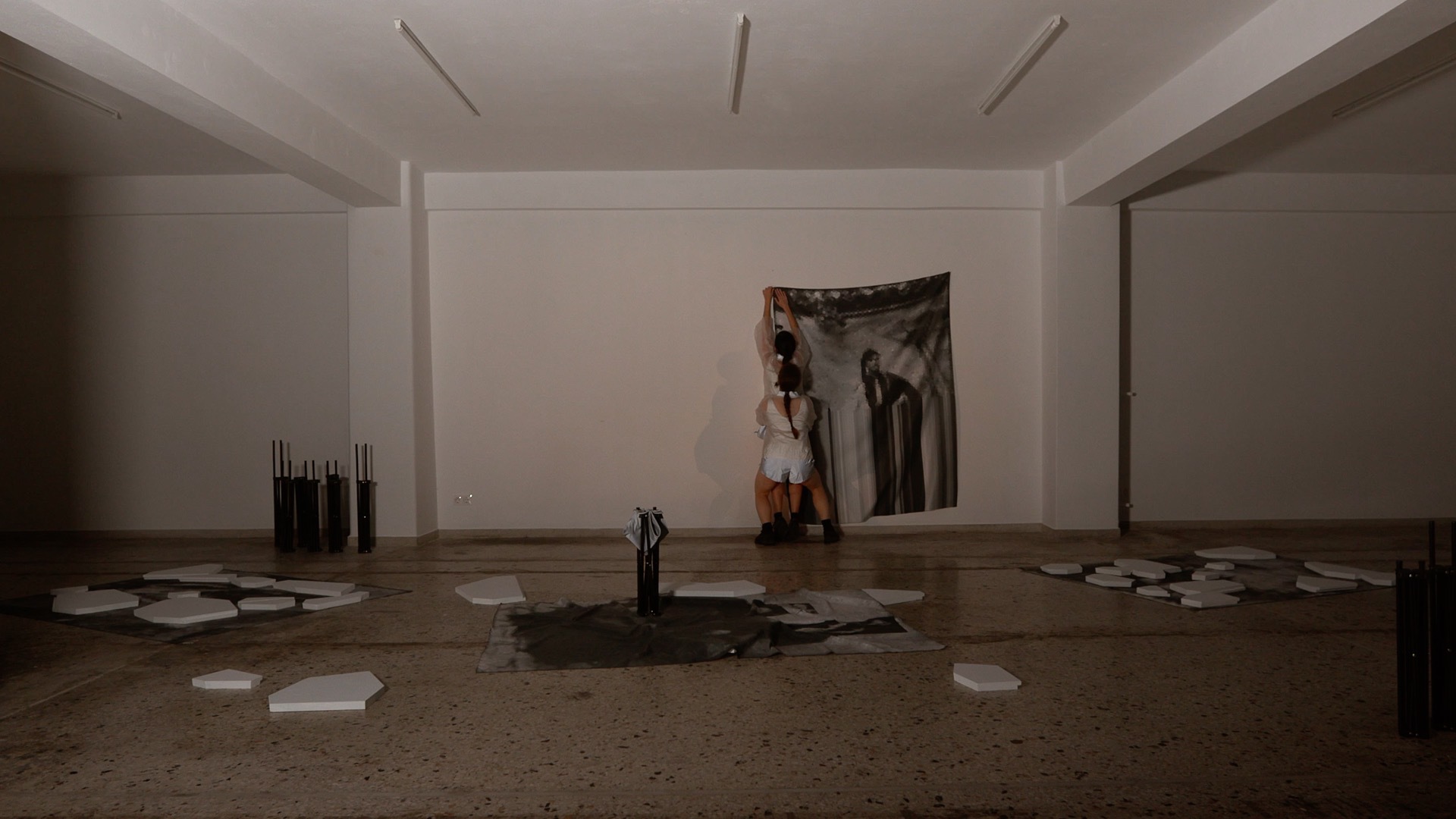 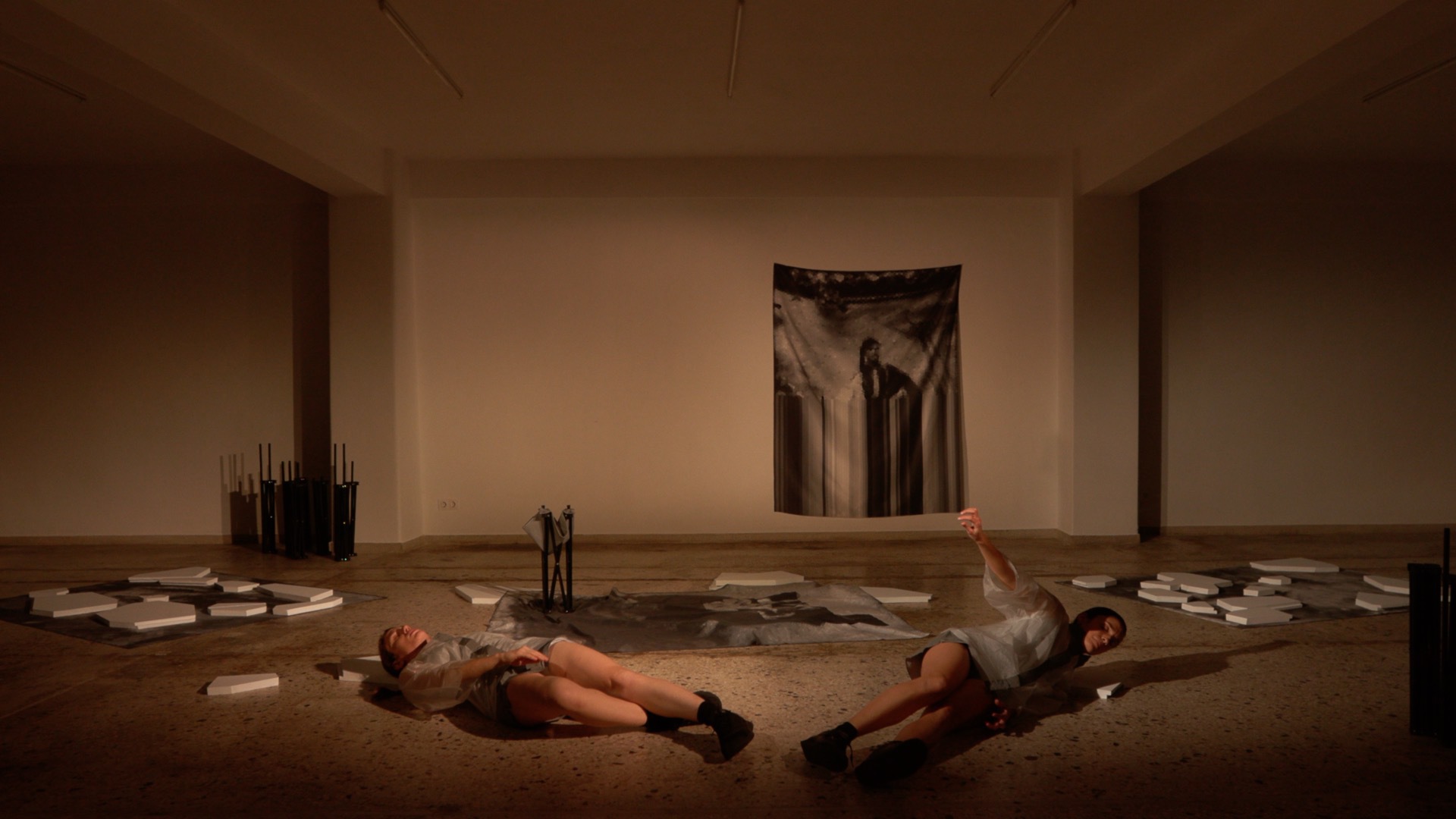 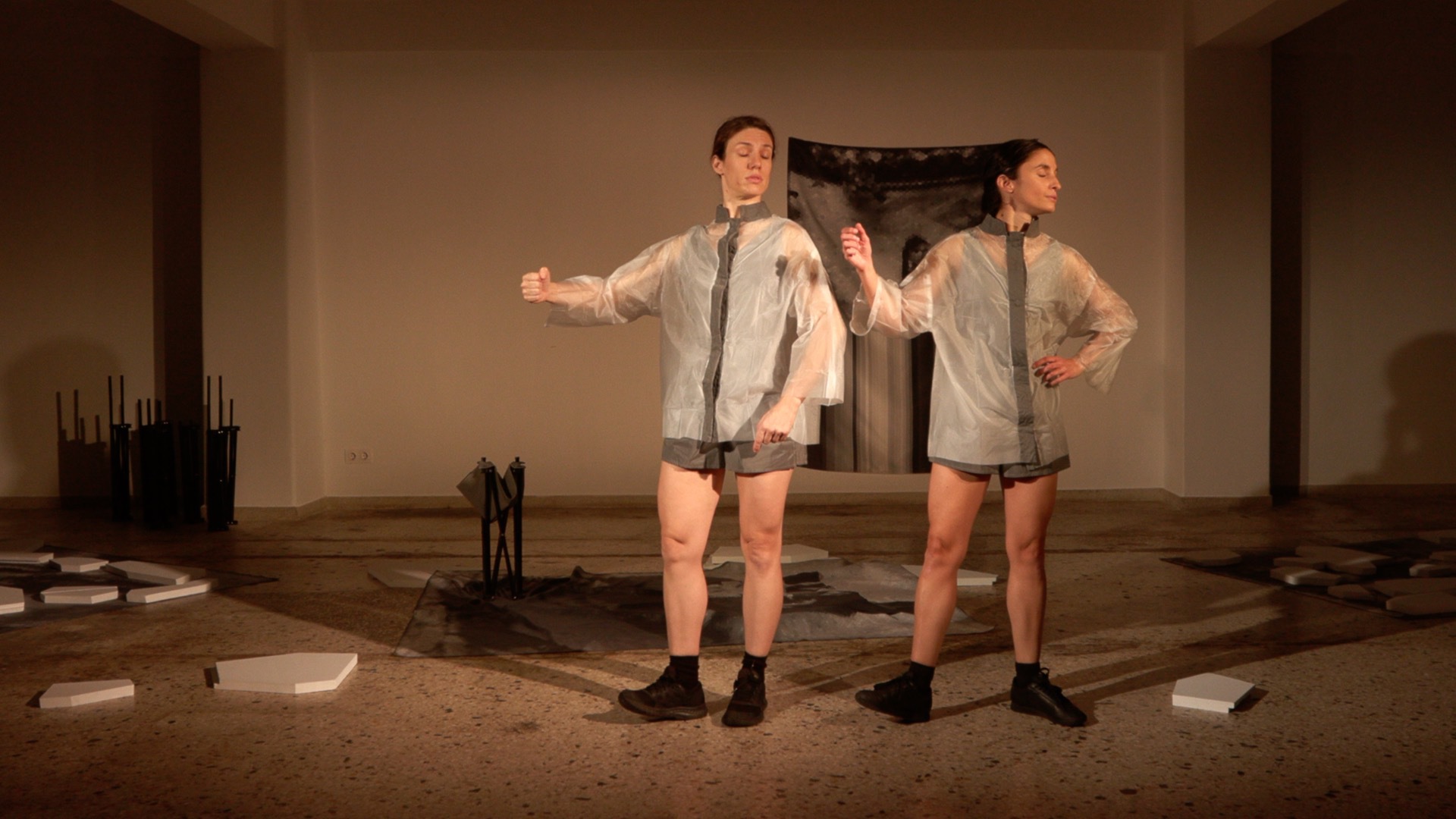 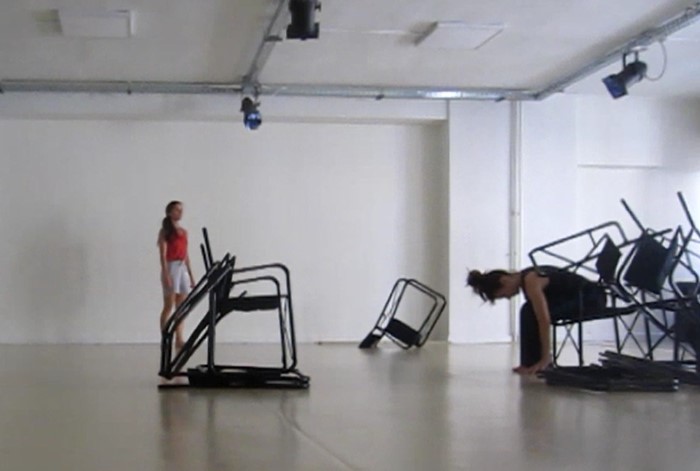 The piece "Re-pose", taking as starting point the archive of the photographer Leonidas Papazoglou, is an attempt to represent his work, but also the various lenses through which we document and interpret reality. What are the limits of the viewer's gaze looking at a photograph? What possibilities and meanings are embedded in a photograph and what tools does one use to transfer to the "here and now" documents that depict history or rather fragments of it?

Papazoglou's archive is a multi-thematic archive from the middle of the 19th to the beginning of the 20th century, consisting mainly of individual and group portraits of inhabitants of the region of Western Macedonia, covering also the period of the Macedonian Struggle.

The representation of the photographs takes place initially either with the bodies of the performers imitating the postures and gestures of the depicted, or with verbal narratives that attempt to capture what is happening each time in front of the photographic lens.

The fragmentation of the photographic archive is being conveyed to the bodies and the voices of the performers, through the movement tool of stop motion, creating multiple snapshots-potential photos within the poses.

Even the postmortem photographs in the archive seem to be directed by Papazoglou and become the guide for a representation of the aestheticisation of death. The performers are posing death in a timeless, almost imperceptible way. Large pieces of fabric, reminiscent of the photographer's backgrounds and pieces of a large mosaic, complete the images of the dead. The endless repetition of the pose of death prevails, intersecting time in layers, palimpsests of history and non linear sequencies, in an ever-pausing-composition of objects and bodies at rest/ in “re-pose”.