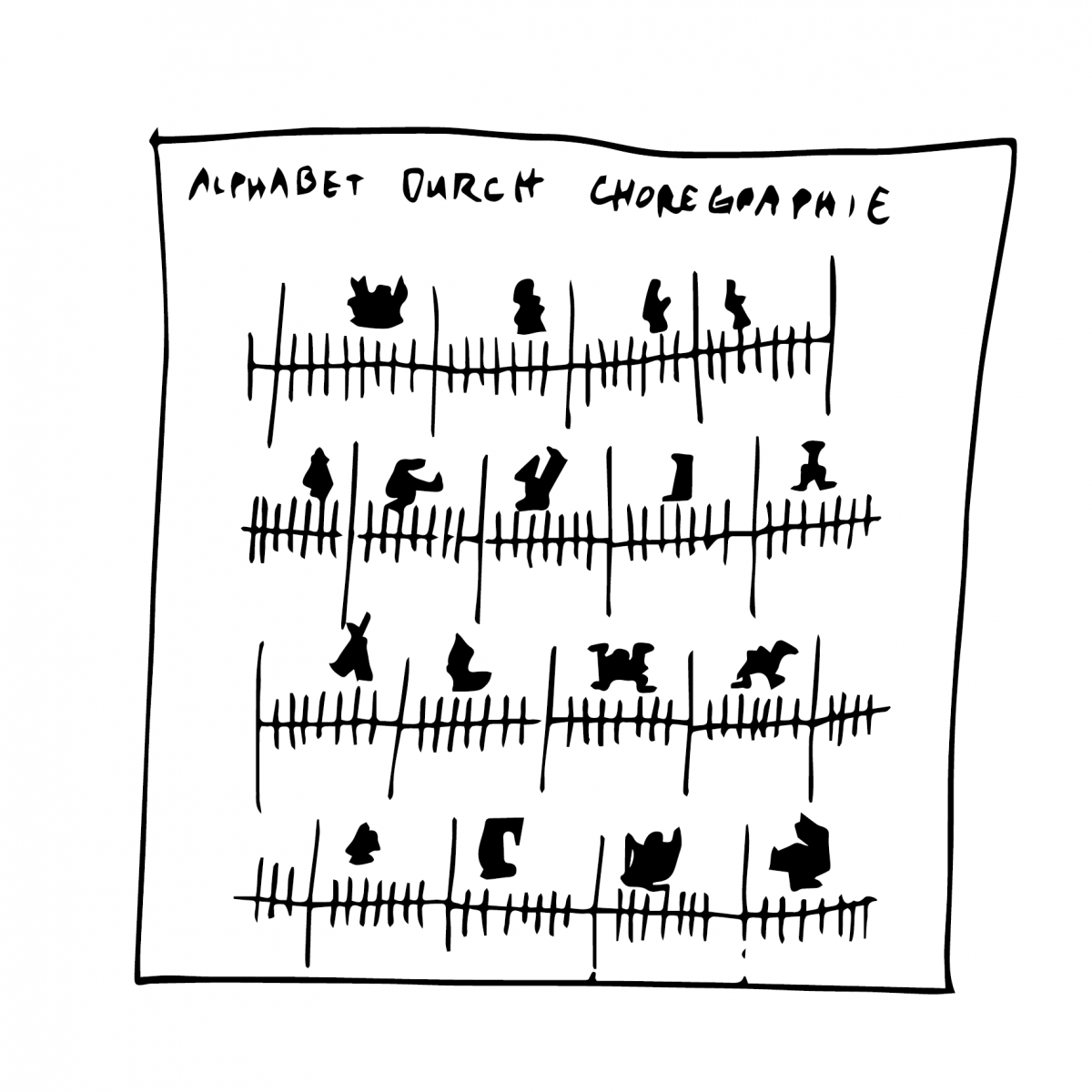 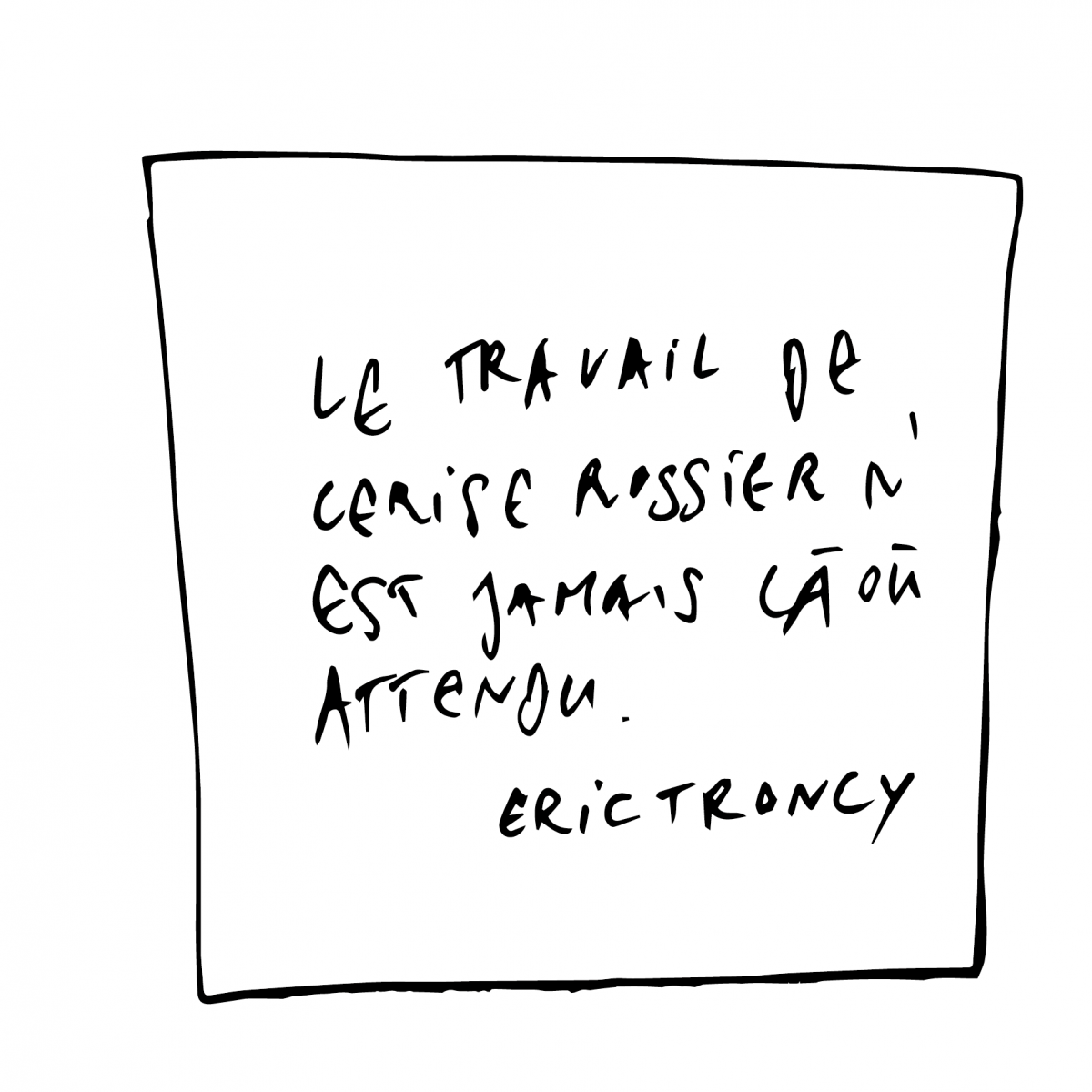 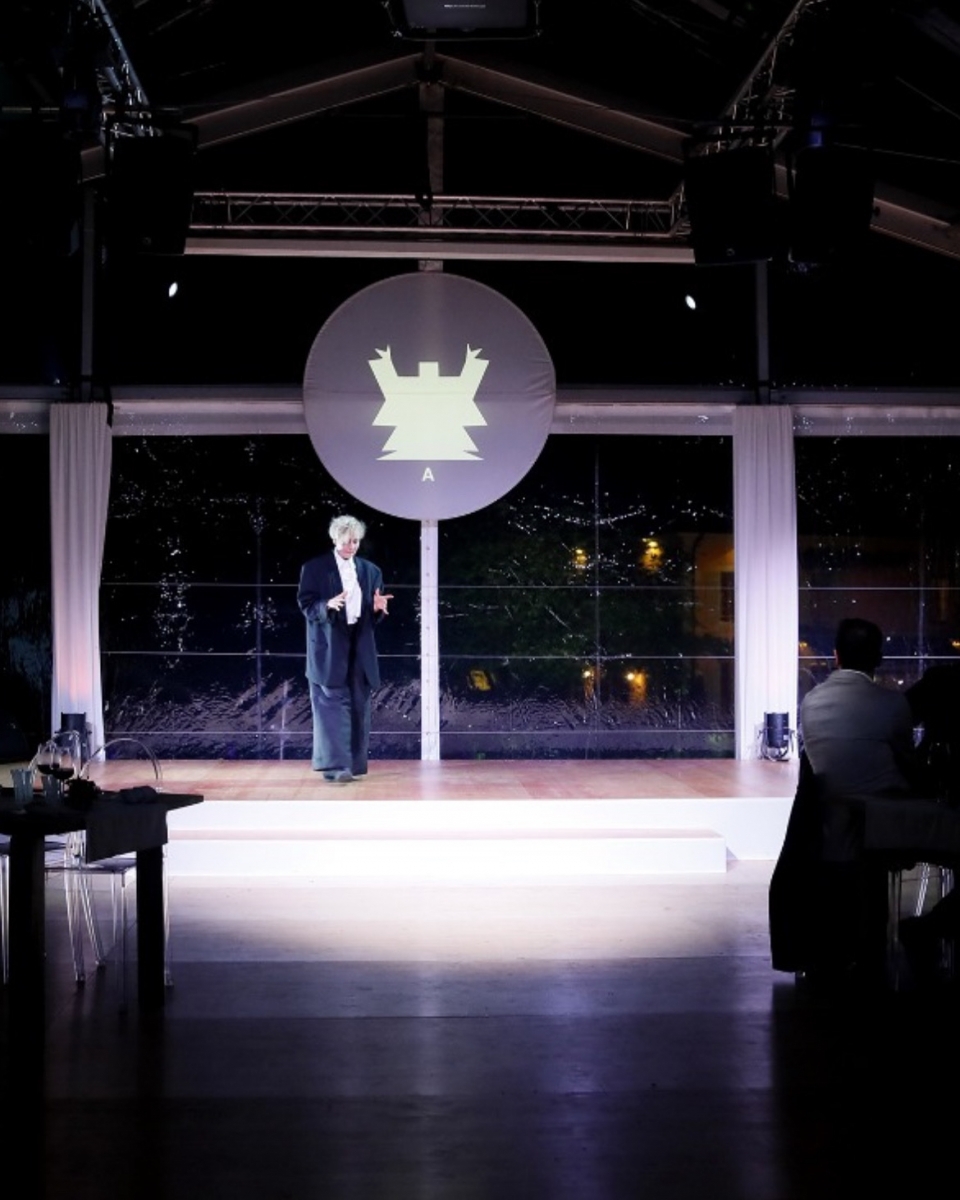 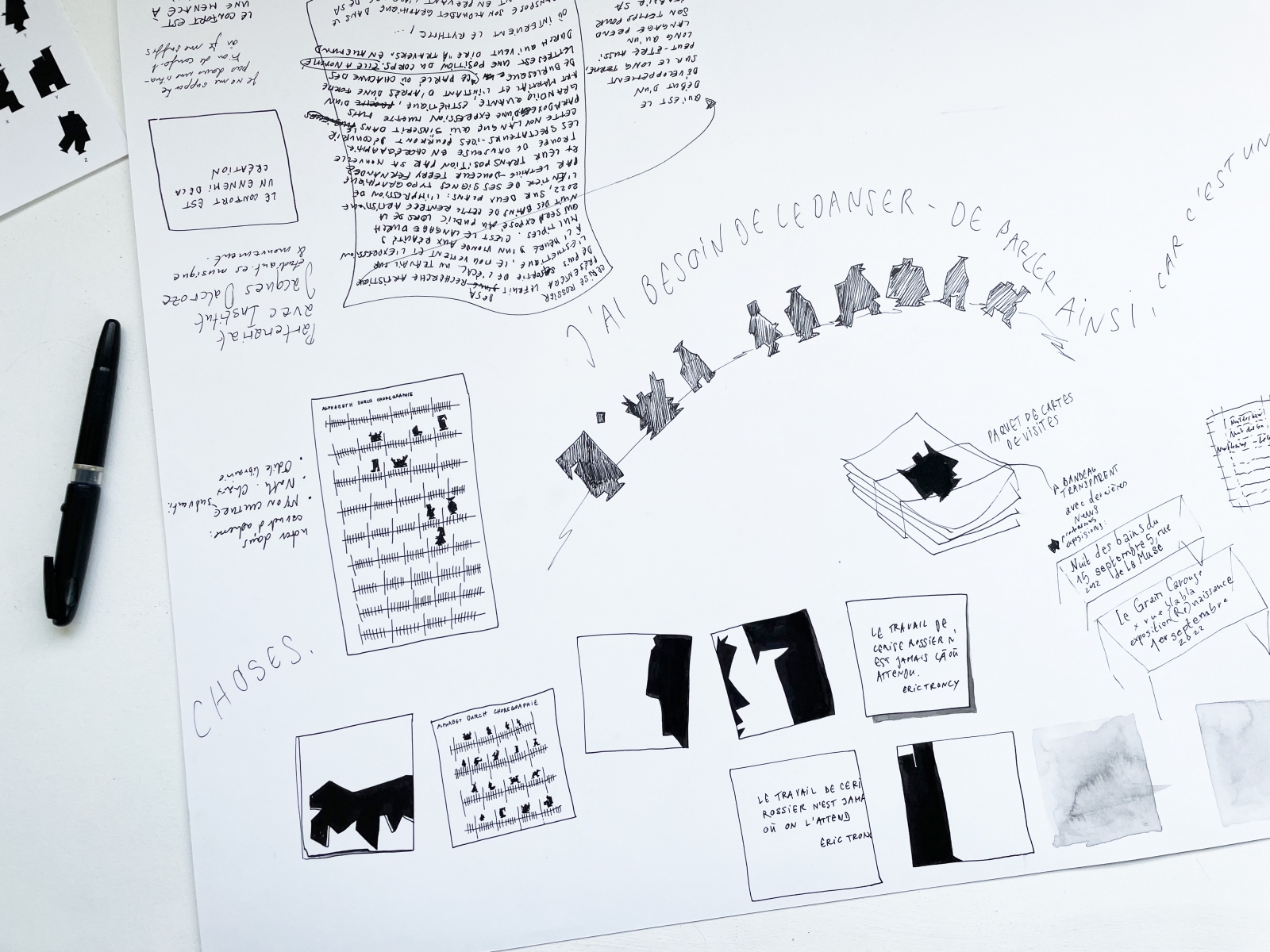 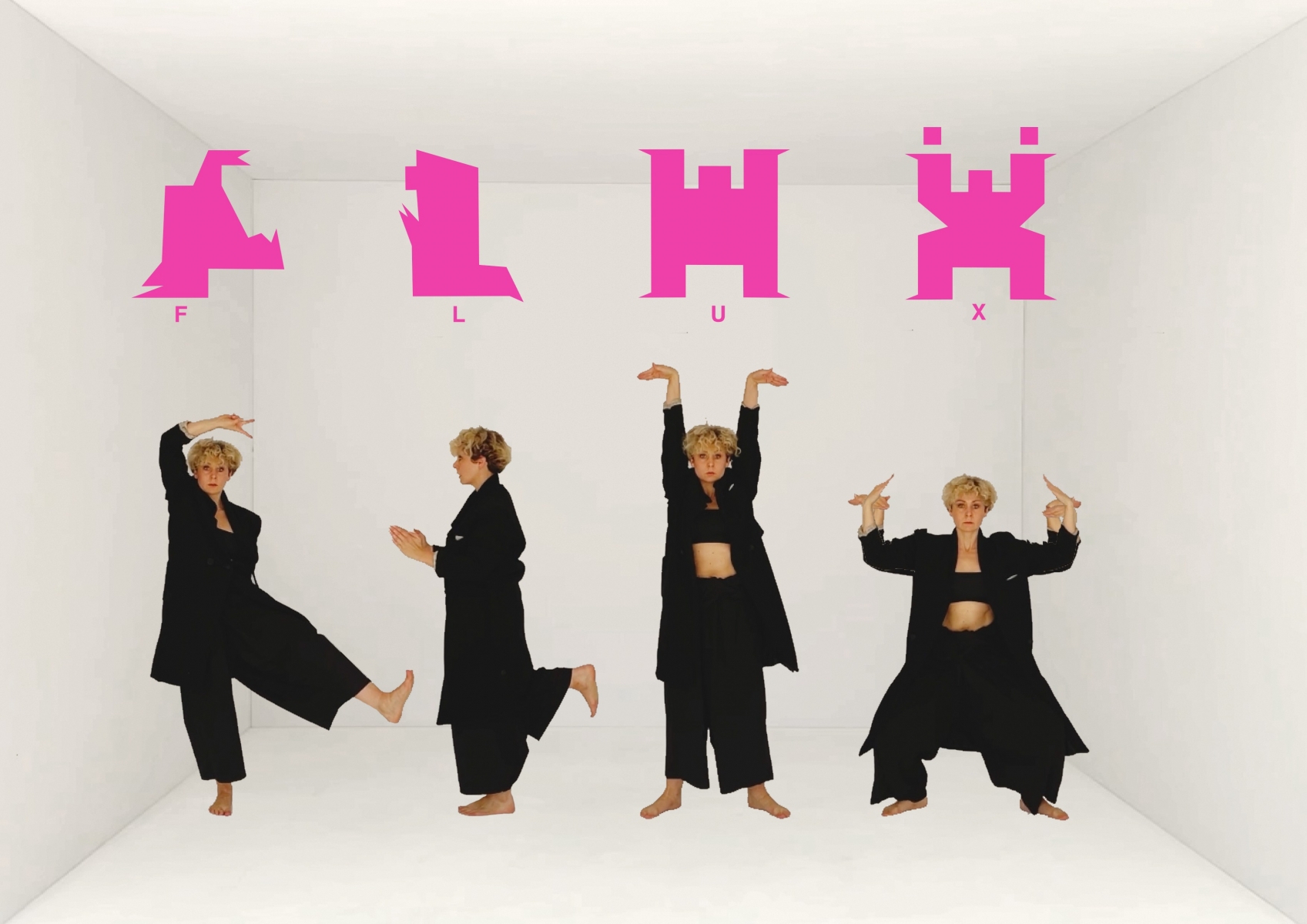 DURCH: A danced alphabet with graphic silhouettes to reinvent communication

As part of its Art & Communication programme, Flux Laboratory is hosting a residency for Swiss artist Cerise Rossier who will work on her project for a danced alphabet: DURCH* (across in German).

Each letter of the DURCH alphabet represents a stylized silhouette, a body in movement, and follows the construction of the modern Latin alphabet without resembling it. It is both a graphic research and a resolutely dynamic approach anchored in the body in movement. Placed end to end, these letters are choreographed to form words, sentences, a message.

The human body enters into dialogue with the machine, in this case a computer that projects the alphabet mechanically. The writing becomes a dance that extracts itself from the dictatorship of the computer, and arouses questions and the desire to understand in the spectator, who is invited to question everything he knows about writing and language.

DURCH is a dance-performance that questions our habits of language and listening.

*The project is called DURCH because it borrows the symbolism of medium from the German word [through, by, via]: it is through the body that a new tool for sensitive communication is to be found. DURCH is a project of "human motion graphism", a working method that Cerise Rossier has been developing for several years now.

On the occasion of the Nuit des bains, which will take place on 15 September, Cerise Rossier will present the whole of her DURCH alphabet in an exhibition at the Flux Laboratory: 26 graphic silhouettes that activate speech through dance. The works are printed in intaglio by Terry Fernandez from Vevey.

They will be translated by the artist's young troupe of dancers during two 20-minute performances on the evening of the opening and during a performative discussion on 30 September 2022.

Exhibition from 15 September to 30 September 2022
presence of the artist every day from 4-6pm and by appointment.

Opening on Thursday 15 September from 6pm to 9pm

Biography of Cerise Rossier
Cerise Rossier obtained prizes in oil painting and drawing at the secondary school, les papiers de l'écal, Jaques Dalcroze, the Serge Martin Theatre School, she completed an apprenticeship in stage design with Michel Rochat and a training in clowning techniques with Michel Dallaire. (1995-2018)
At the Ecal she developed a happening work with her Giant Music boxes: a kind of mise en abîme of the woman object. BM Break, BB, La robe-nappe (2007) and I Told You Not To Cry in total camouflage of pink toile de Jouy. From the time she graduated to the present day, she has been relentlessly searching for her own language through alternative and institutional stages, Festivals and other solo and third party interventions. In 2016, she created her own Cie LA SOCIÉTÉ DU SPECTACLE*Cie in reference to situationism. Cacà, first show 2016-2018 a mise en abîme of performance through Art History and Body Language Methooood in 2018-2019. The total letting go of 2020 made her transcribe her trainings in her rehearsal room into an alphabet that she intuitvely transferred into simple sketches feeling her body, then moved on to illustrator to elaborate 26 graphic forms suggesting genderless characters. With the help of a creative grant received in the summer of 2020, she was able to begin the adventure of developing Durch, this alphabet where each letter, in its (non)emotion, dictates a frozen dancing position. The link, the inter-lettering, must be movement in order to speak with this language, to say in a mute but grandiloquent way. A new alternative means of communication at a time of censorship. Today this language dictates its rules that Cerise Rossier must slowly follow, discovering its logic while doing her development work. She is welcomed by the Flux laboratory on this Jubilee time of the avant-garde creation laboratory.

"It's very surprising and curious, we believe a burlesque style then a certain martial art side to discover something else again in the discovery of this new dance." Caroline de Cornière